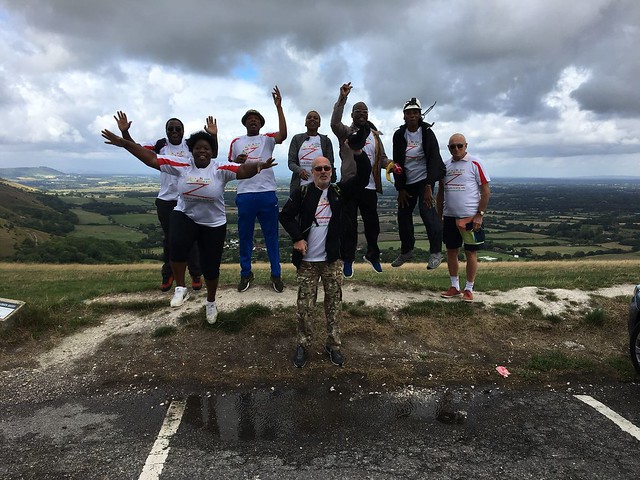 After months of preparations, themere 7 Zimbabwean's who took up this physical challenge met up at Brighton Pier at 06:00am on Friday (10th of August 2018).

Completing the walk in a record 25 hours were Rashiwe Bayisayi - a feat she did last year too! .

At Guildford [70km from the Brighton start] we were me by some "fresh-legs" to help Rashiwe complete the final satge.

The weary walkers arrived in a single file at Christ's Hospital [on the Downs Link], at the 40km mark at around 16:00hrs. . A few Walkers had to pull out at this stage due to injury or exhaustion. They were ferried to a base organised by Chipo in Horley [near Gatwick].

The first stage walkers arrived at Guildford Rail Station around midnight - and departed for tyhe night walk next to the river and onto Kempton Park Race Course.

The concept founder, route finder and trek leader, Rashiwe Bayisayi finished. With the hardest part of the journey by the Wey Navigation River Banks at night and into the early hours of Saturday morning. The girls were presented with special completion medals.