20th May 2017, 15:00; 6 selected members of ZHRO had permission from the Downing Street Police unit to present our diaspora vote petition: Unfortunately Karen Nhakaniso was taken sick the day before so could not attend. So John Burke took her place only because the Police had his details on file in the orignial application as the organiser. So Elector Zvorwadza, Mable Kayiya, Rashiwe Bayisayi, Kingstone Jambawo and Shelton Mhlanga entered the security gates. 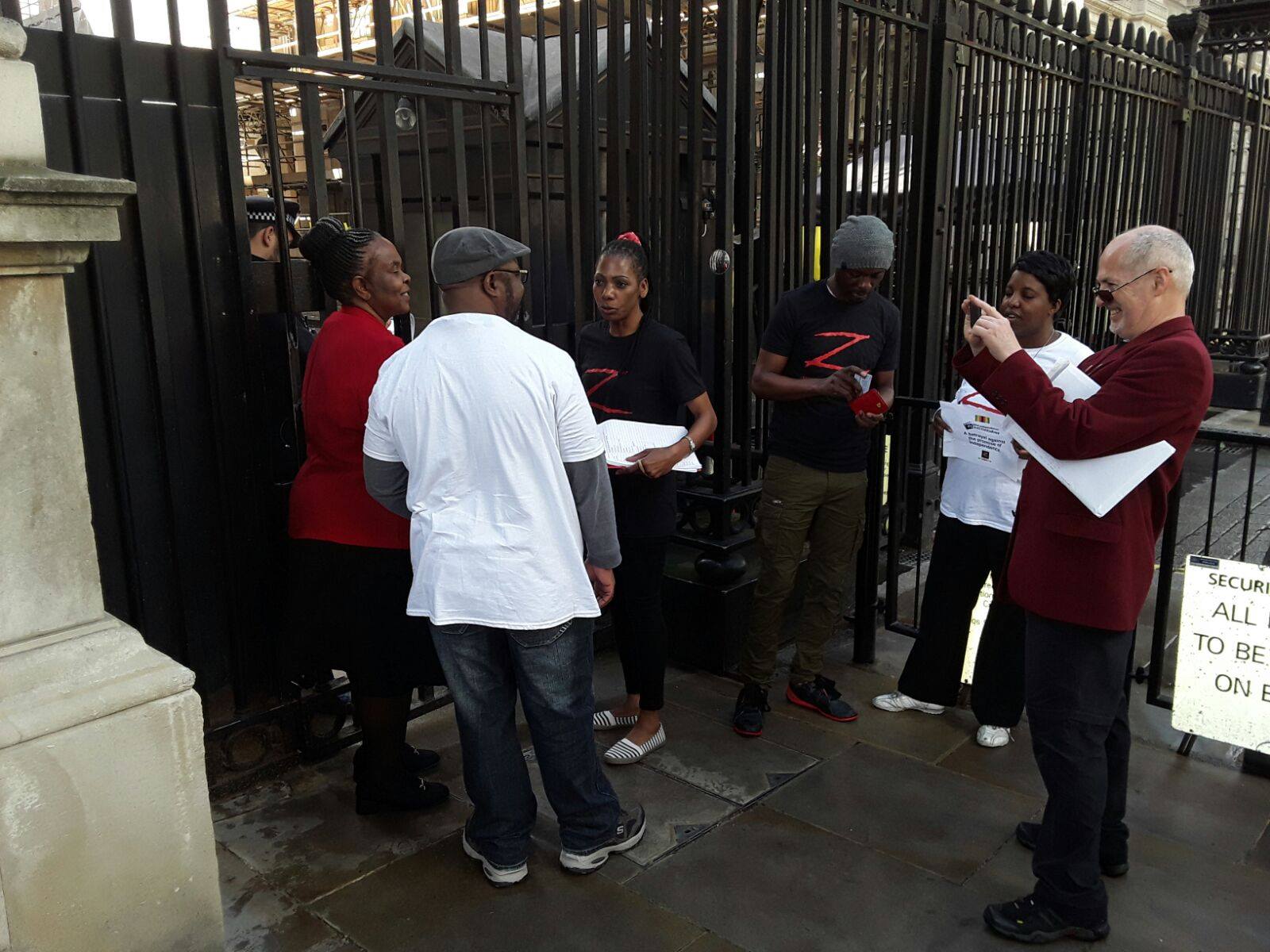 Prevously on the 18th April [as a protest regarding Zimbabwean Independence] we had been scheduled to deliver this petition, but the Prime Minister,

Theresa May went and called a 'snap' election on that day - so we got 'bumped'.

The day itself was preceeded by our ZHRO meeting at the Royal Festival Hall, on the South Bank. We then walked, in a slight down-pour of rain, to Richmond Terrace [opposite the gates to Downing Street]. We lined up at the Downing Street Police check point at 14:50 whilst the supporting ZHRO members sang and played the drums, with particular thanks to Mary Muteyerwa and Sibongile Kadzima for the percussion.

The Downing Police security unit was most obliging and friendly - nothing like Zimbabwe. Withing the ambit of 10 Downing Street itself the Policeman even took photos of the 'petition-deliverers' complete with our placards. Further photos were taken on the steps to 10 Downing Street and these were picked up by various online and printed newspapers in Zimbabwe.

Seen here on the left.

Aparently this has infuriated the Zanu PF regime, as they know full well that a diaspora vote, if properly, supervised and controlled, would be something they could not rig. In addition the potential size of the diaspora vote would seriously undermine the regime's plans to rig the 2018 vote.

ZHRO received a response on the 25th May 2017, with the thanks of 10 Downing Street, and the information that our letter and petition will be copied onto the Foreign and Commonwealth Office. Something which will probably annoy Mugabe and company!