Workers Being Robbed - by their own government 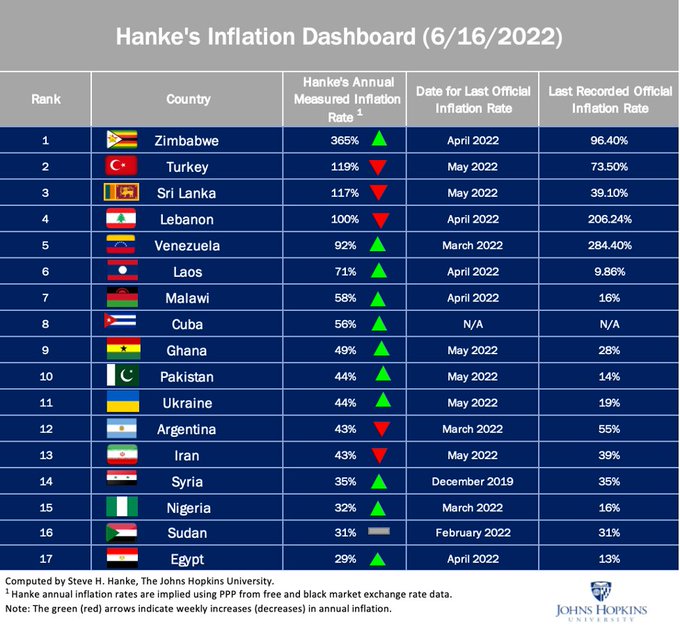 Zimbabwe’s health workers and teachers on Monday, June 20, 2022 went on strike over poor pay and working conditions as they rejected a 100 percent [see reasons below] salary increase offered by the government at the weekend.

Health workers such as nurses, junior doctors, and radiographers staged protests at the country’s biggest public hospital—Parirenyatwa Group of Hospitals in the capital Harare—as they began their indefinite strike. Unions representing health workers said the strike was a last resort after the government refused to negotiate with them since April last year.

“The Minister of Health and Child Care (Vice President Constantino Chiwenga) has never met any health employee and government continues to offer lies as opposed to what is prevailing on the ground,” Apex Health Council leader Tapiwanashe Kusotera told the protesting health workers on Monday.

“They have refused to listen to us and we refuse to work.”

On Tuesday, June 21, nurses also held demonstrations at major hospitals. The strike is the second walkout by health workers since the Covid-19 outbreak in Zimbabwe in 2020.In addition, Civil Servants have been pushing for a salary review citing high inflation, which rose to [according to Professor Steve Hanke, he calculates that inflation is at 365%] in addition the collapse of the currency [in which all Civil Servants are paid] relative to the US Dollar has fallen by over 96% since January 1st 2020!!

REMEMBER THAT THE ZIMBABWE DOLLAR WAS ISSUED IN A FANFARE OF LIES AT A CLAIMED RATE OF 1:1 to the US Dollar. Today its extimated at 700 ZimDollar to 1 USD!!

Read more: Workers Being Robbed - by their own government