No! to Constitutional Amendment Zimbabwe

ROHR [Restoration of Human Rights - Zimbabwe] have initiated a campaign to prevent the Zimbabwe Constitution being futher subverted by the ruling Zanu PF Junta. At ZHRO we fully support this campaign and wish to assist in the furtherence of this desirable [as far as the democratic process goes on Zimbabwe] proposition.

Why we’re saying NO to the Constitutional Amendment Bill No. 2

a) The Amendment of Bill No 2 strengthens dictatorship, undermines independence of the judiciary and erodes parliamentary oversight.

b) Consultations of the bill have been done during COVID, limiting the number of people who are allowed to appear at these hearings.

c) There was no prior public consultation before the constitutional amendment was gazetted.

d) The current constitution has not yet been fully aligned with the country’s laws so why is there now a rush to make amendments to this Constitution?

e) Almost 11 of the amendments benefit the person who sits in the President’s seat and the Executives and a few higher offices, but this has nothing to do with the general-public.

f) The bill dispenses with having a running mate leaving the choice of who to name as Vice-President into the hands of the President.

g) The bill enables the President to appoint up to 7 ministers from outside Parliament instead of the current 5.

h) The bill extends the provision for the party-list women members for another 10 years.

i) The bill separates the delimitation function from the population census that is held every 10 years.

j) The bill allows the President to be involved in the appointment and dismissal process of judges without subjecting them to the public interview procedure.

k) The bill allows judges of the Constitutional Court and Supreme Court to extend their tenure after reaching the retirement age of 70 annually for up to 5 years upon approval from the President.

l) The bill seeks to Create the office of the Public Protector, appointed by the President, who will take over certain functions concerning public maladministration from the Zimbabwe Human Rights Commission.

m) The Bill seeks to give the President the power to appoint the Prosecutor General on the advice of the Judicial Service Commission, without the intervention of a public interview.

n) The bill also makes a special provision for the Prosecutor General to be removed for cause by a Tribunal.

o) The bill seeks to remove members of Parliament from the membership of provincial councils.

q) The bill provides for the election of 10 of the members of the Metropolitan Councils by a system of party list proportional representational.

r) There needs to be an apolitical youth quota system with gender balance that is accessible to independent candidates.

One week ago, the Johannesburg Society of Advocates (JSA) publicly disapproved of the conduct of the Zimbabwean Government’s crackdown on dissent and arrest over of over 60 opposition politicians, activists and journalists and a number of lawyers on a variety of nebulous charges.

Wiwa was arrested this afternoon [21st August 2020] through a 'mole' who chose to betray the ethos of the freedom agenda. Despite the great opportunities Wiwa had by remaining quiet, Wiwa chose to take the greatest sacrifice of his life and family. Instead of folding his hands and remaining quiet whilst our society was being ridiculed, persecuted, brutalised, incarcerated and abducted by a tyrant. Job chose to stand up for all Zimbabwe and speak up about the need for the regime to respect our freedoms and our dignity.
He left the comfort of his home to go into hiding so as to be able to speak up the sentiments of the young generation without being restrained by the brutal dictates of dictatorship. His arrest is unconstitutional and illegal, all are witnesses to his messages, which never insinuated violence nor forceful removal of the junta. His messages were seeking restraint and dialogue with the ordinary people and the government.
We encourage every citizen to support his immediate release. 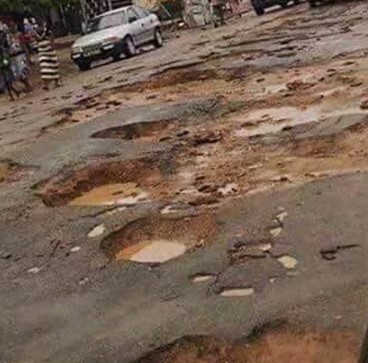 According to various sources including the World Health Organisation and the US Centre for Disease Control (CDC), the top 10 causes of death in Zimbabwe include HIV/AIDS, respiratory, heart, neonatal and diarrheal diseases (Typhoid and Cholera – as caused by broken Sewage system in Harare), and road accidents. A majority of these conditions, if not all, can be avoided if the government improved the health system and infrastructure. But we know, the reason why they don’t do this is because of a lack of foreign currency required to get these things done, and the reason for that is theft! The sort of theft shown in that RBZ list. State sanctioned theft of the highest order involving the President, cabinet, ministers, judges and Zanu associates who include church leaders of all people.
Millions of Zimbabweans have died because of poor health services in the country. The money which was stolen by these people should have been used to improve our health system which would have prevented many many deaths. The money could have been used to buy medicines and medical equipment. But instead, many Zimbabweans are faced with paying hundreds or even thousands of US dollars to get specialist treatment for cancer and other long-term conditions. Many cannot afford this; your mother, father, relatives are left to rely on Panadol. With no ambulances in the rural areas, people who are ill are often ferried by wheelbarrows to clinics which are probably shut because the money to keep them running was stolen. The result is death by theft!