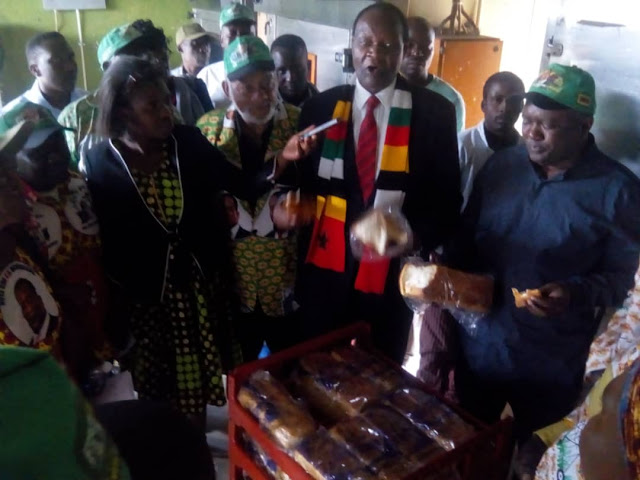 “Those who follow Chamisa will be fed by him, so it’s wise for those who are following him to start retreating while there is still some time because the government which gives food belongs to Zanu PF, a party which formed it,” said Chadzamira to a loud applause from the gathering.

Chadzamira also declared that all civil servants belonged to Zanu PF and anyone who dared to act to the contrary will face the consequences.

“Those civil servants who have been introduced here (DA Rosemary Chingwe, some nurses and police officers as well as heads of government departments) belong to Zanu PF because they are working for a Zanu PF government. Those who want to work for MDC while they are still in government will get their job when the MDC party rules.

“I don’t know when will be that be but maybe it’s the time when donkeys grow horns. All people working in government are Zanu PF and those who do not want should leave their jobs,” said Chadzamira.

This was Zanu PF’s first ever defeat here since the formation of the opposition party.

Before the 2018 elections, Zanu PF had never lost any ward to the opposition. TellZim News