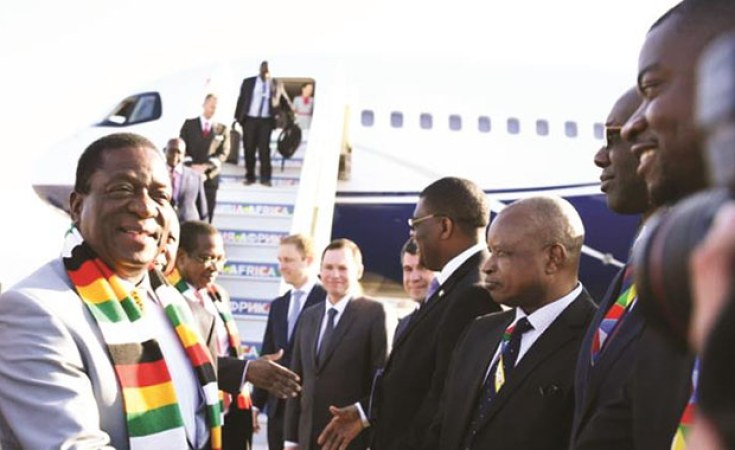 The article reprinted below is currenly in 2 African News Outlets at present [so far]: All Africa.Com and NewZimbabwe.Com now Nhanda Radio - this certainly smacks of hypocrisy and profligate excess from the corruption ridden nation of Zimbabwe

""PRESIDENT Emmerson Mnangagwa is taking a bloated entourage of over 100 people to the 26th edition of the United Nations Climate Change conference in Glasgow, Scotland, including family members, friends and Zanu-PF youths who will enjoy a two-week long stay in the UK on taxpayer’s funds.""

This was revealed by Centre for Natural Resource Governance (CNRG) director Farai Maguwu.

The trip will be Mnangagwa’s first to the UK and the only one by a Zimbabwean state leader in 25 years as a result of a diplomatic tiff that arose during the chaotic land reform programme early 2000s.

“Our ‘sanctions-afflicted’ Zimbabwe is sending a delegation of more than 100 people to COP26 in Glasgow, some are already there whilst others are packing their bags. Of the 100 plus delegates, more than 60 have nothing to do with Climate Change,” Maguwu revealed in a series of Twitter posts.

“Among the non-technical members who constitute majority of the delegates are relatives and friends of powerful officials responsible for selecting those attending the jamboree. Some technical staff could not travel to Scotland because spaces had been taken by non-technical climate tourists,” he said.

“Zimbabwe’s delegation is said to be more than double that of South Africa whose population is more than four times bigger than ours whilst their economy is thousand times better and healthier than ours. Our non-technical delegates on the other hand have found yet another reason to spend what we do not have. Cyclone Idai victims still crying for help to build back better their lives ruined by the climate induced disaster,” he added. 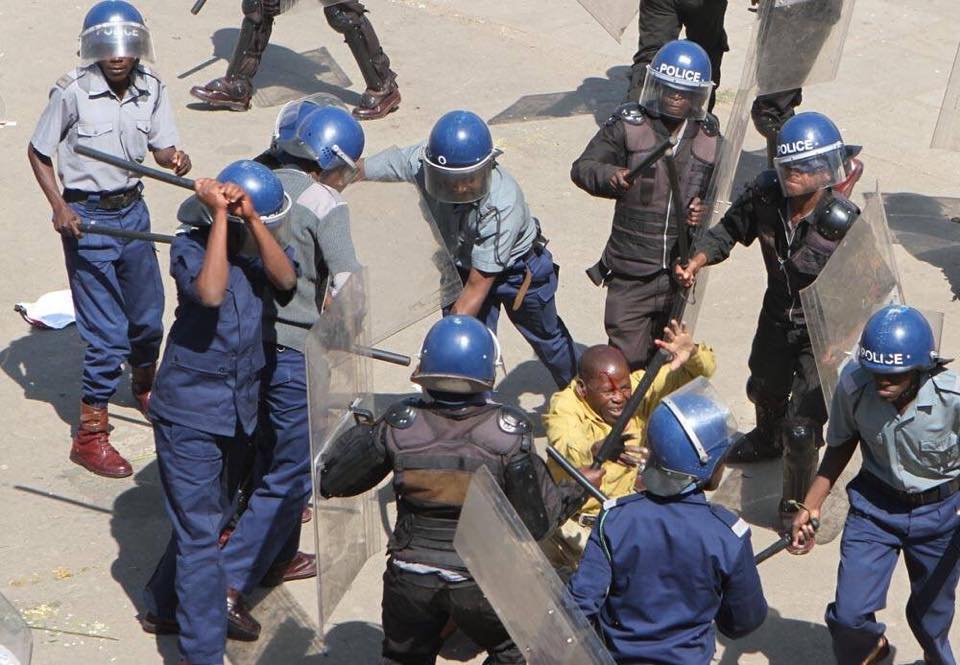 “Amazing what we can do in spite of sanctions and what we claim we cannot do when it comes to developing our country and investing in our people.”

Presidential Spokesperson George Charamba’s mobile number was not being picked while Information ministry permanent secretary Nick Mangwana did not respond to questions sent via WhatsApp.

Without revealing who will make it, Lands and Agriculture Ministry permanent secretary John Bhasera told Journalists Tuesday, Zimbabwe will be sending a “strong delegation” to the summit.

Mnangagwa is elated to be headed for UK himself, having earlier declared: “I am eagerly looking forward to my first visit to the United Kingdom. COP26 meeting of nations comes at an extraordinary time in world history,” Mnangagwa said Tuesday.""

Police Brutality is common; to subjugate the majority of the population. A true "Police State" [See image above]. This is precisely the reason that ZHRO, ROHR Zimbabwe, MDCA and ZAPU delivered a petition to the gates of 10 Downing Street on the 21st October 2021. We will be presenting a second petition at 14:00 on the 11th November, again to 10 Downing Street.

Nhanda Radio [see Web link in the opening sentence above] adds a little more to this story of "excess":

“Countries like the US and China also send big delegations to COP conferences but these are composed largely of technical staff. Each person in their delegations has a specific task to carry out.

“Our non-technical delegates on the other hand have found yet another reason to spend what we don’t have. Cyclone Idai victims are still crying for help to build back better their lives ruined by the climate induced disaster.”

In an interview with Nehanda Radio, opposition MDC Alliance secretary for International Relations Gladys Hlatshwayo said President Emmerson Mnangagwa was using the COP26 as a launchpad to siphon the country’s resources out of the country.

“Mr Mnangagwa and Zanu PF continue to plunder the resources of our country at the expense of suffering citizens. When it comes to citizens’ demands for socio- economic rights including access to health. education etc, they are quick to talk about sanctions.

“It is becoming clear that we have a dearth of leadership in this country. We need new stewards of the country’s resources and not these roving bandits who see every international trip as an opportunity to squander the national purse. It is really sad!” she said.