Previous Repeat
Next Repeat
Hits : 23604
by This email address is being protected from spambots. You need JavaScript enabled to view it.
Contact ZHRO Vigil Co-ordinators 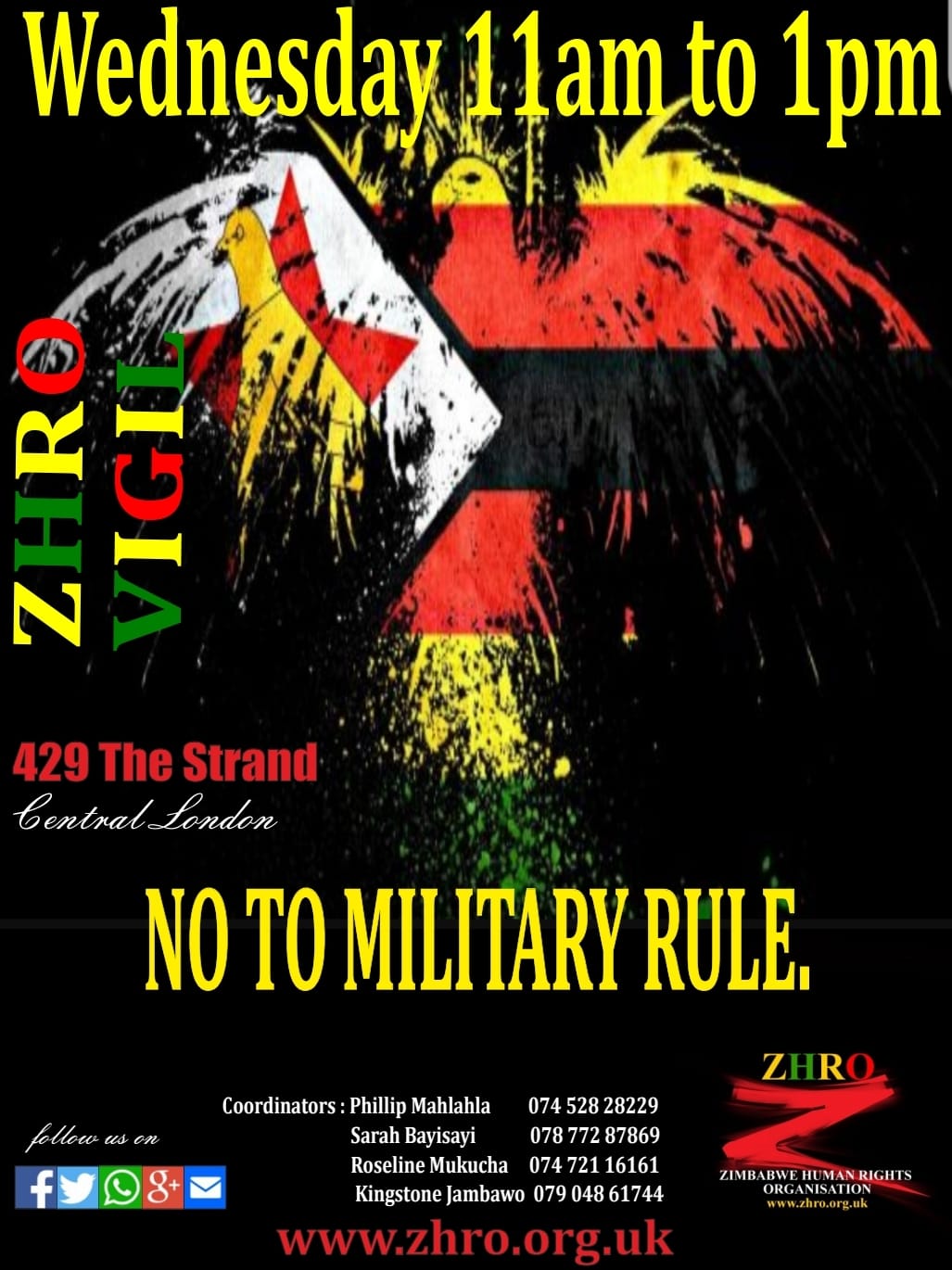 Outside the Zimbabwe Embassy in London, England, 429 The Strand, LONDON. WC2R 0JR


ZHRO has started a regular Vigil on Wednesday with several key highly publicised high profile acts of activism in the UK that have gained Worldwide acknowledgement. Starting with their Zimbabwe Embassy ‘Invasion’ [27th September 2017], where Mugabe’s Portrait was removed from the wall inside the Embassy. This prompted coverage by VOA in Washington, USA where the organisers were referred to, and several articles in Bulawayo24 etc. The video of this action has been seen by over 100,000 people on the ZHRO Facebook page, and additionally been circulated by several other news media channels -such as Bulawayo24. This video has also been uploaded to YouTube and watermarked.

In addition, ZHRO also arranged for a mock-up of Mugabe’s portrait to be [apparently] removed from the Embassy and then burnt in front of the Embassy [25th October 2017]. Again this symbolic act was covered by VOA with interviews live on air with ZHRO members. This stunt also gained significant press coverage in the UK and Zimbabwe. The above two acts would be treason in Zimbabwe. Furthermore, considering the removal of Mugabe recently – were also highly significant in their timing.