Fighting between the G40 faction of Zanu-PF (which has the support of Mugabe's wife Grace) and the Lacoste faction (aligned to Vice President Emmerson Mnangagwa) is getting increasingly bitter as rival officials try to position themselves to take over in the event of his death or incapacitation.

This factional fighting could erupt into open violence, warns the Holocaust Memorial Museum's Simon-Skjodt Centre for the Prevention of Genocide in an "early warning" report released this month.

A second "plausible scenario of mass atrocity in Zimbabwe" is a sharp hike in state repression against anti-government protesters. Zimbabwe has since April seen unprecedented public protest in the shape of the #ThisFlag movement, started by Harare pastor Evan Mawarire who has now had to flee the country.

"Today there is a potential risk of new mass atrocities in Zimbabwe as Robert Mugabe, the country’s president, nears death and planned elections in 2018 approach," the Early Warning Country Report said.

It added: "We recommend diplomatic engagement with and by regional leaders to communicate that the use of atrocities will not be accepted as a path to power." 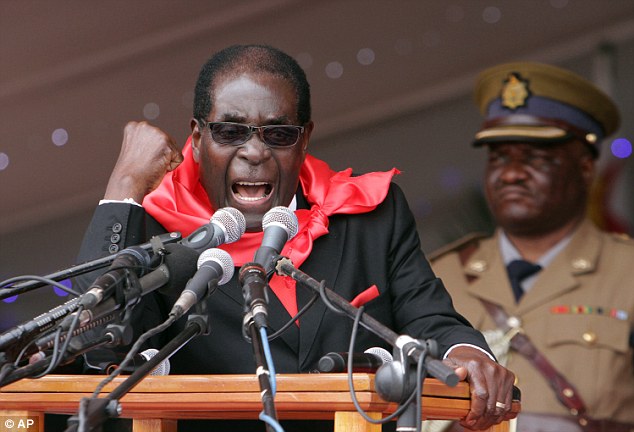 Based on interviews conducted with Zimbabweans and Zimbabwean experts between May and September this year, the Holocaust Museum's report makes it clear that the risk of mass atrocity in Zimbabwe is a "worst case scenario". It also acknowledges that mass atrocities are rare, even in countries with a relatively high risk of them.

But still, this report makes chilling reading for those in Zimbabwe with memories of the Gukurahundi killings of the 1980s (when up to 20 000 Zimbabweans, most of them villagers, are believed to have died) and more recently, the outbreak of violence following Mugabe's loss during the first round of polling in 2008. More than 200 people were killed then when militias loyal to Mugabe led a wave of violence in the rural areas.

The museum says that violence "has been a central strategy of [the Mugabe] government control since independence" in 1980. It says that in the scenario of intra-Zanu-PF factional fighting erupting into open violence, this would likely occur in ruling party strongholds in the rural areas.