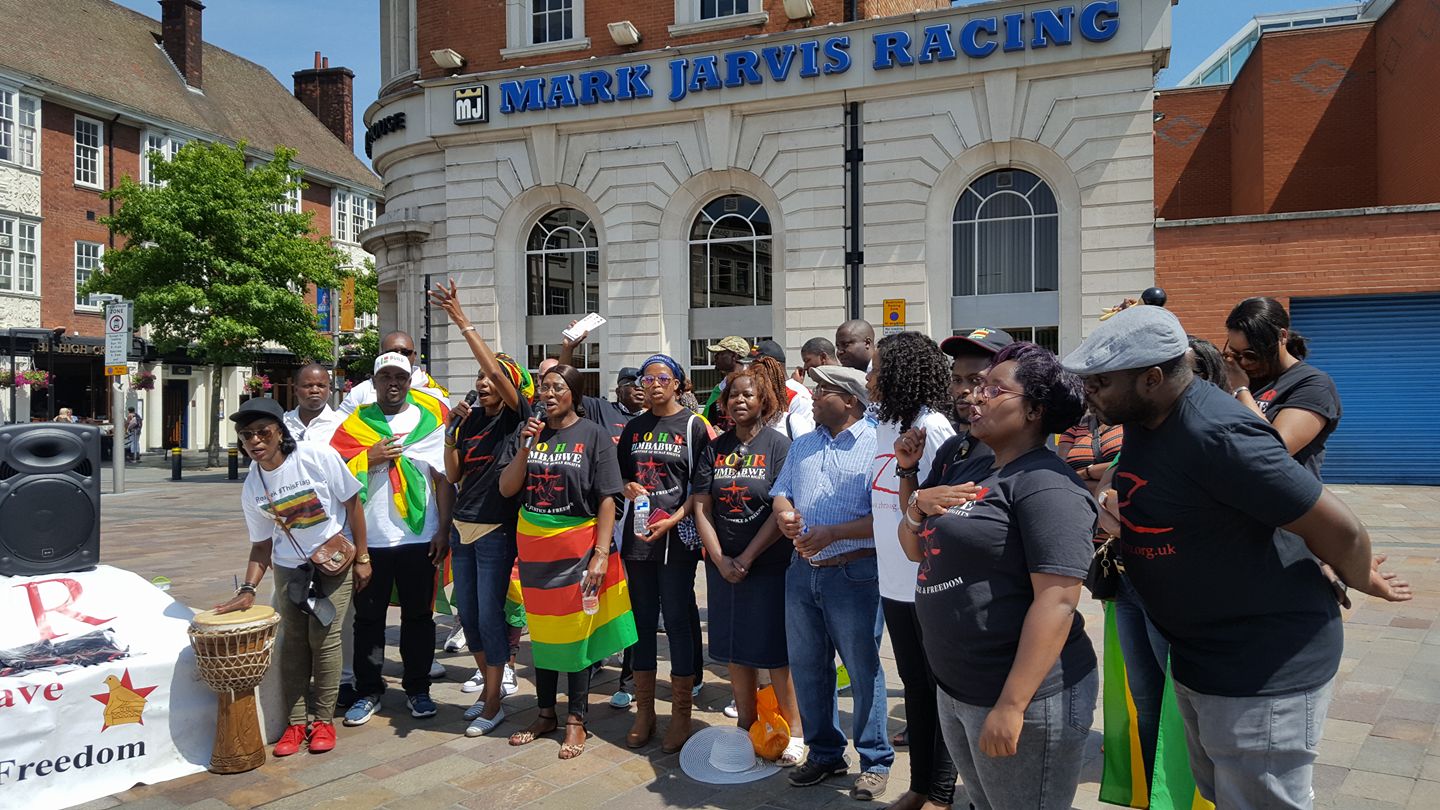 "We are in UK's city of culture joining the international community commence Refugee Week celebrations themed #OurSharedFuture. A relevant and fitting theme for #Take2Zimbabwe. Zimbabwe is a nation producing refugees at an alarming rate for 2 decades" Mable Kayiya announced.

"Mr President, nations worldwide are being developed by exiled Zimbabweans and those fleeing your choking grip on our civil, constitutional and human rights. You have had 93 years plus of life but your regime thrives in taking lives. 'Take 2' pleads with you to open your eyes for a minute and see the devastating effects your grip is causing. Incline your ear to a wailing nation. What of our freedom, our voices, our lives? We sure are determined and won't be deterred #Take2Zimbabwe" said an emotional Mable Kayiya, Campaign Director with ZHRO

As the Refugee week make it possible for a wide range of community, voluntary, and statutory organisations to host events in partnerships, the Zimbabwean group that included Zimbabwe Human Rights Organisation (ZHRO), Zimbabwe Citizens Initiative (ZCI), and Build Zimbabwe Alliance (BZA) partnered with the Red-Cross association. They shared music and dance that is traditional to the cultures of the refugees that were present. - See more at: Bulawayo 24