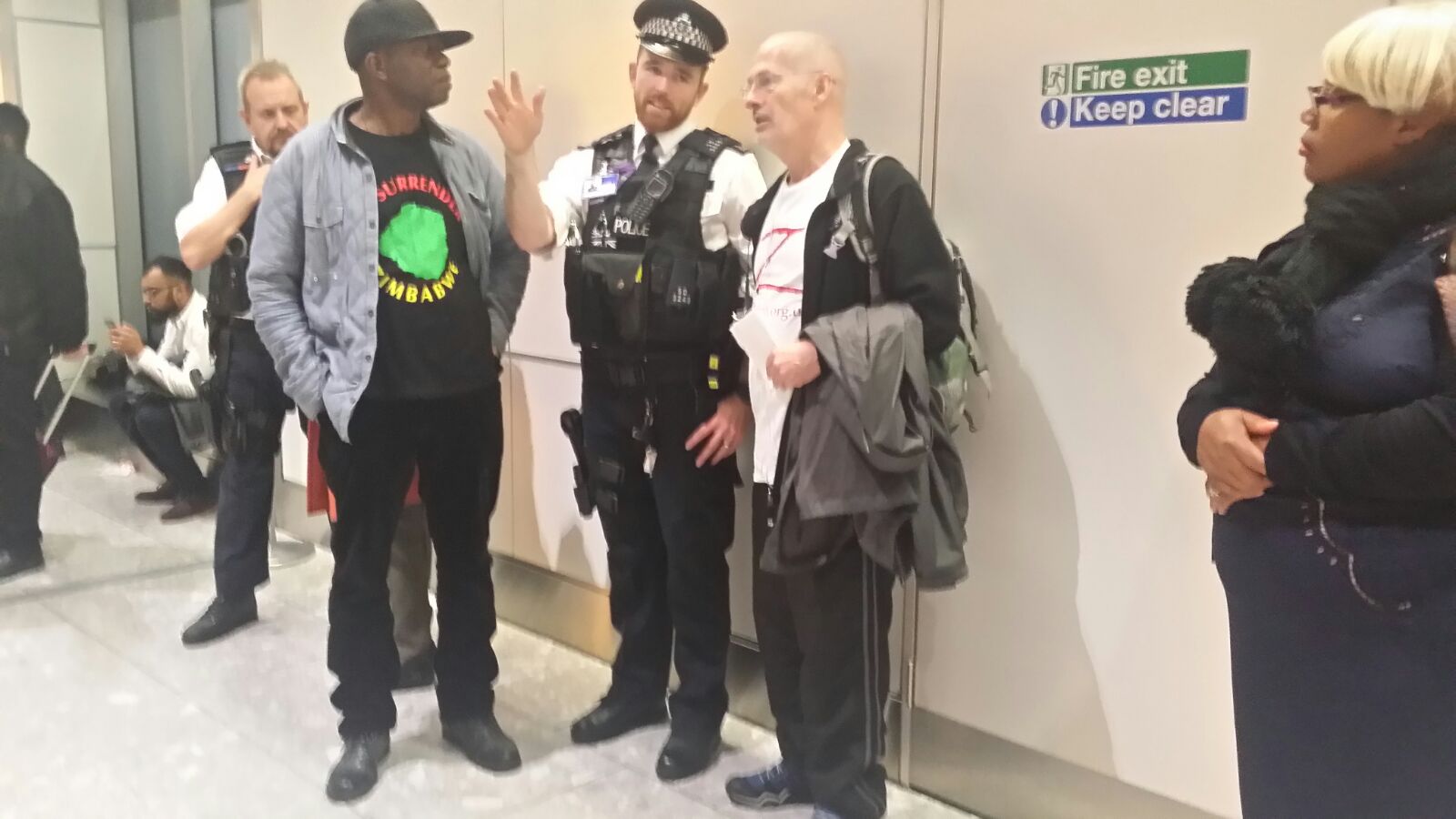 After about an hour we were approached by Heathrow Security – as Heathrow is private property! After a little to and fro they called the armed police – [average age of our group 50 plus – mostly grandparents at that!] anyhow a very nice policeman acted as a ‘mediator’ between us and the Heathrow crew and their police ‘escort’ about 8 of them. The Grannies had scattered by this time leaving just Danny and Myself. We gave out reasons for being there and details. The mediator had no problems with us so long as we stopped handing out the flyers. We agreed – otherwise we would have been escorted out of the building.

However the resulting ‘interest’ caused by so many policemen etc was helping our cause. We had created a scene as it were.

Tensions at 16:00 became fraught as the injunction we were hoping for was rejected by an ‘establishment judge. Ellen was getting more upset now – and quite understandably. We were at the check-in until around 17:00 when no more passengers were appearing. So we retired to a better seating area. At 17:25 we noticed that the Kenyan plane had not taken off. Indeed by 18:00 it was still there! Hope sprang that Olive was causing a scene or problems. By 18:20 we discovered that Olive had been taken to hospital after her blood oxygen was discovered to be too low – [panic induced stress? Caused by some heartless person in the HO no less!].

So a big cheer went up, relief all round – we could all relax – the stress had been removed.