From August 2016 to July 2017 ZHRO members Rashiwe Bayisayi and John Burke set about finding a practical walking route from Brighton to London. Some 100 miles of walking later; By utilising the old railway route, now called the Downs Link, that took us all the way to Guildford. From Guildford the River routes allowed us to get to Kempton Park and latterly Hampton Court. We have now completed 5 such walks 2017, 2018, 2019, 2020 and 2021 [these last two during "Lockdown"!]. We are now preparing for 2022 on 13-14th August [Full Moon (again) to aid the night section] and see preparation articles due soon and our Facebook Page too 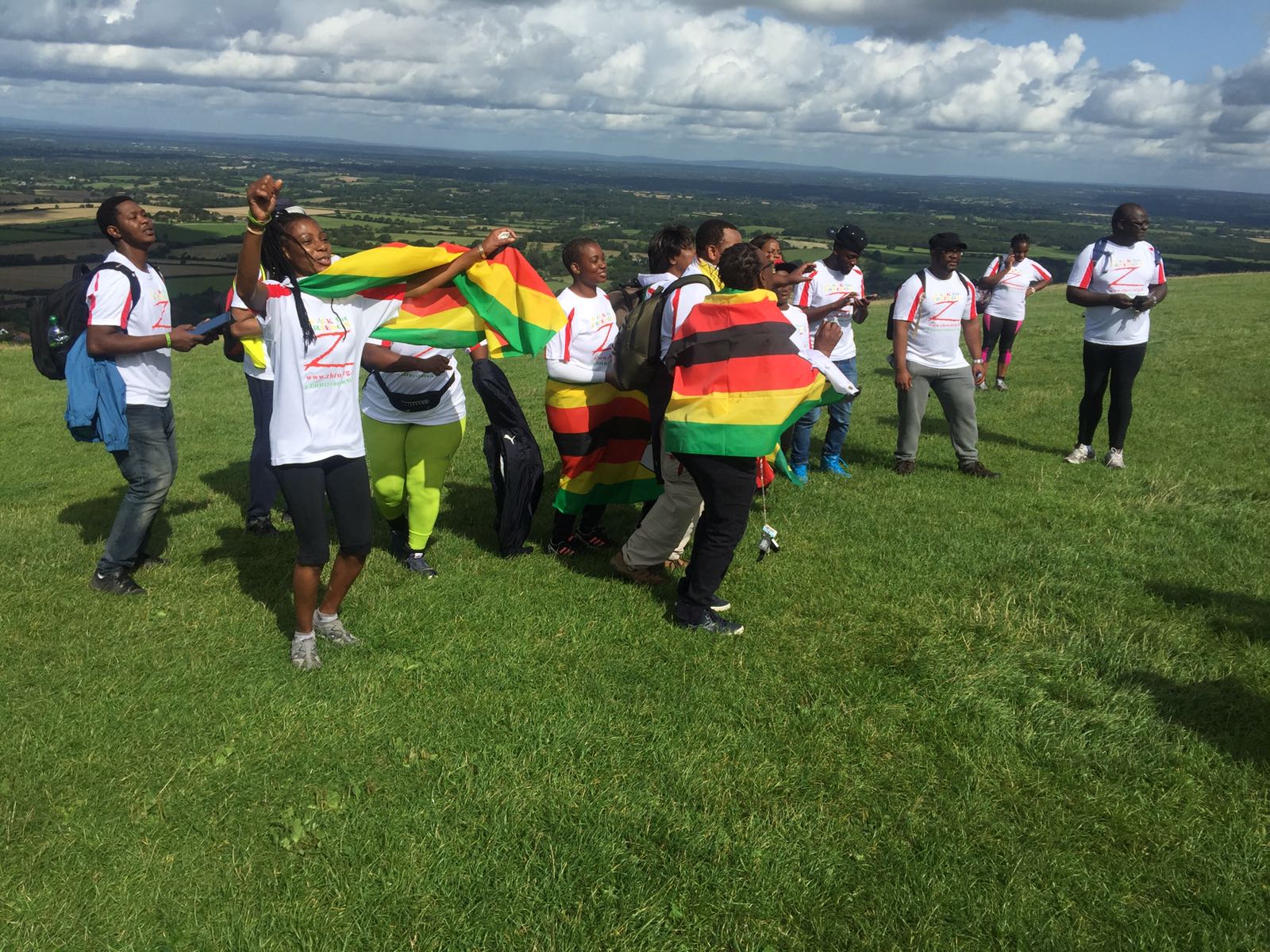 After months of preparations, the 26 Zimbabwean's who took up this physical challenge met up at Brighton Pier at 06:00am on Friday (18th of August 2017).

Completing the walk in a record 28 hours were Rashiwe, Patience and Salome - so a big "hats off" to these 3 remarkable women.

The story has been reported in Bulawayo24, The Zimbabwean, 263 Africa News, Online Nigeria, NewZimbabweVision, and an hour long slot on Voice of America [VOA] Studio 7, where John Burke, Rashiwe Bayisayi and Mable Kayiya all were interviewed for an hour about the meaning and success of such a campaign. A further follow up report was also carried in a further article by The Zimbabwean

On approaching Devil's Dyke, a - DRONE HD video camera  – organised by John Burke, ZHRO Trustee' was filming the line of Walkers. The drone and stills operator, James Coutts, [Operations Manager of Airborne Visual Solutions Limited] was so inspired by the impromptu singing at Devil's Dyke that he joined them at the bottom of the South Downs to do more filming as they crossed a wheat field into the distance.

The weary walkers arrived in a single file at Christ's Hospital [on the Downs Link], at the 40km mark at around 16:00hrs. They had Sadza and other high carbohydrates energy sustenance that was delivered by Sarah Bayisayi, Edward Murota, Mabel Russell and Chipo Parirenyatwa of the 'mobile-support'  team'. A few Walkers had to pull out at this stage due to injury or exhaustion. They were ferried to a base organised by Chipo in Horley [near Gatwick].

The concept founder, route finder and trek leader, Rashiwe Bayisayi finished first along with Salome Nkiwane and Patience Musasiwa after a grueling 28 hours. With the hardest part of the journey by the Wey Navigation River Banks at night and into the early hours of Saturday morning. The three girls were presented with special completion cups with their names engraved on them. The presentation took place on stage at the Zimfest Music Festival - the target destination for the Walk this year.

Speaking after the presentation Salome Nkiwane said “This walk was like a journey to freedom. After reaching the finishing line having walked 105 km, I felt that with determination we are going to get our country back. We walked  through rocky roads, hills, streams, and rivers which was a stumbling block to reaching our destination, but we got there: similarly Zimbabwe going through untold suffering;  oppression, violation of human rights, living below poverty level , high unemployment rate and its so.painful, that we have no  freedom of speech” 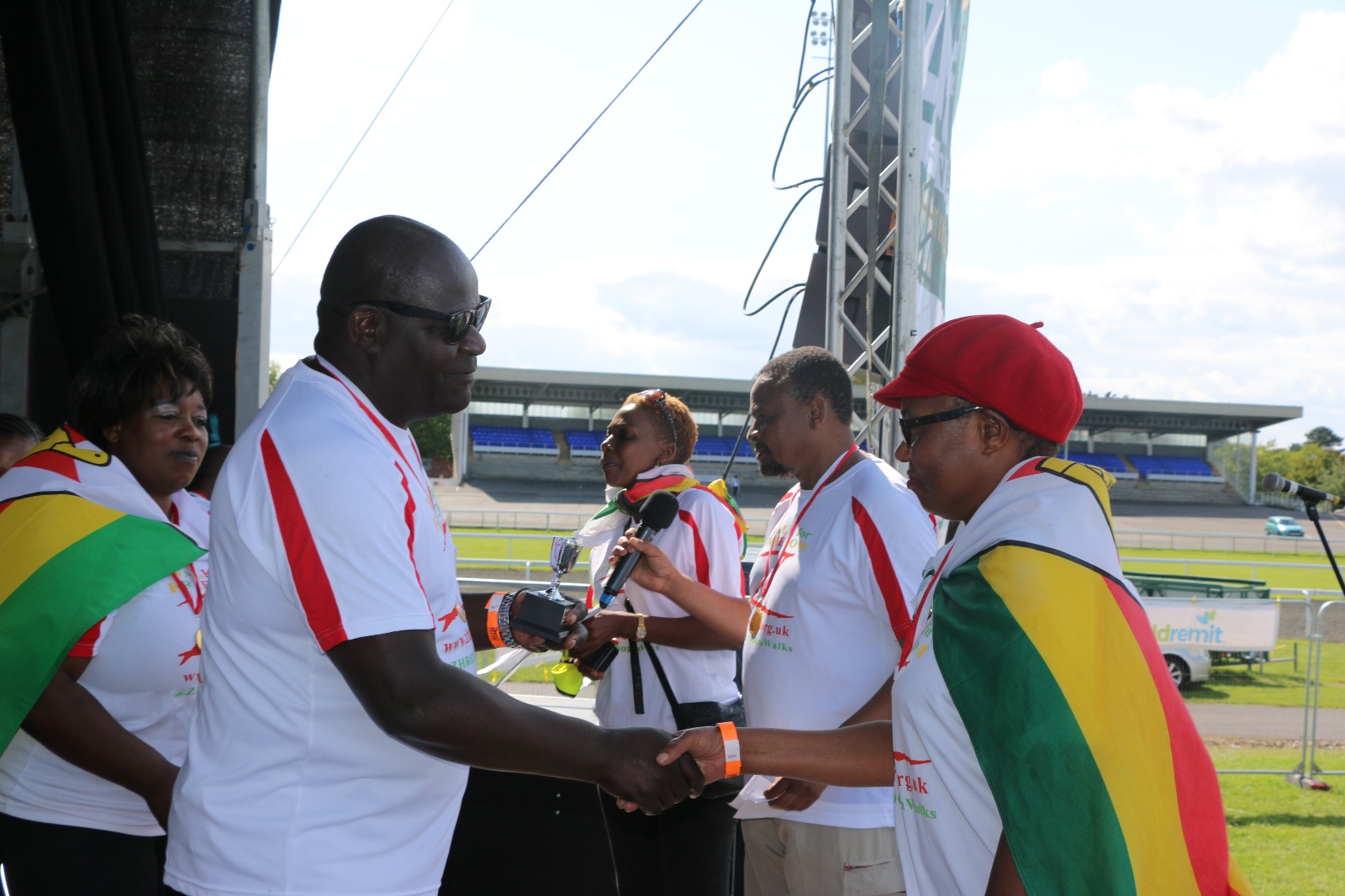 “This terrorist regime of dictatorship has increased nomadism and  migration of the poor Zimbabweans: Health and infrastructure is dead! Zanu Pf officials have ruined our health service and now they resort to medical treatment abroad. How about the the marjority of the people? I am sick of this; we want our country back. Zimbabweans wake up and get rid of this tyrant. Together we stand, divided we fall .  Let our journey be freedom with  bravery, determination and  strength” she said.

Quoting Archbishop Desmond Tutu, Patience Musasiwa said ”If you are neutral in situations of injustice, you have chosen the side of the oppressor”

“My 105km walk is a plea for freedom in our beloved country, Zimbabwe. I yearn for freedom to express our views as a nation, freedom to speak and act, freedom from corrupt leaders” she continued.

“We need emancipation from unjust political, social and legal restrictions. Liberate Zimbabweans who are suffering both home and away. Home is not rosy, Diaspora is thornier. We are humans and need to belong and to me the heart lies at ome - Zimbabwe. Our people deserve better and more, let's claim our freedom. It is a long awaited right, I claim freedom with my 105km looooooong walk” said Patience.

“Even when  I sprained my ankle, I soldiered on with the knowledge that the pain I felt was nowhere near what activist like Silvanos, Itai and Linda have endured at the hands of the Mugabe regime; As a citizen of Zimbabwe I say, enough is enough” said Tsungirirai Kahiya.

“Walking for freedom with such dedicated and passionate people was electrifying. It is encouraging to see that many Zimbabweans who want to see a better Zimbabwe, however, this walk would be classified as treason back home” wrote Kingstone Jambawo.

Full support and great hospitality was provided by activists Sarah Bayisayi, Edward Murota, Mabel Russell and Chipo Parirenyatwa all the way to the finish line.

Medals were presented to the walkers on stage infront of the Zimfest audience by Rev Canon Lameck Mutete [ZHRO Trustee]. Rev Mutete also took part in the first and last stages of the walk. He was accompanied by Robert Chilowa, the hero who saved children from a fire in Withington, Manchester. The walk ended with a welcome and triumphant speech from Alfredy Mukuvare followed by the presentation of medals to all who participated. ZHRO were one of the sponsors of the Zimfest this year. 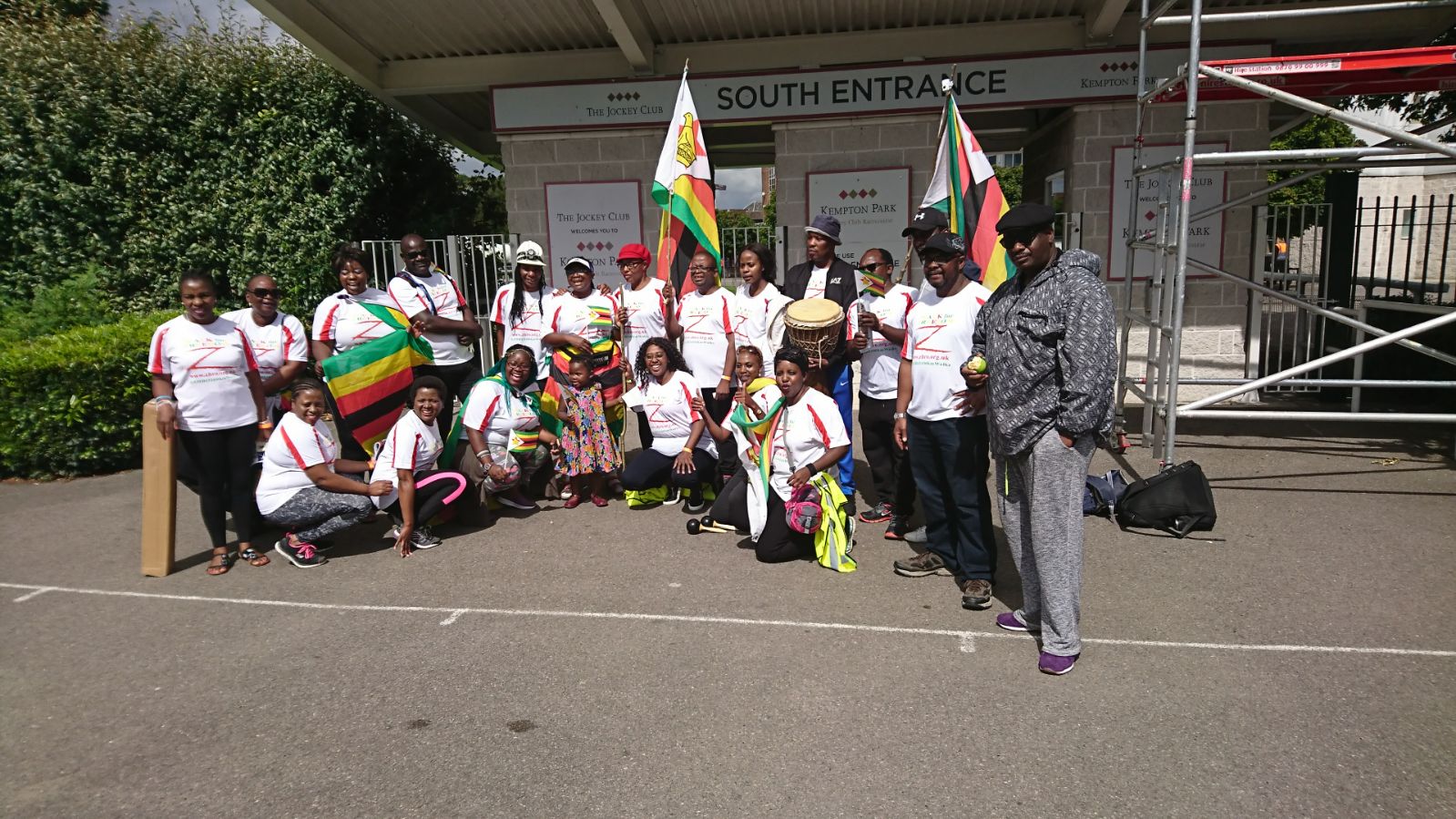 We hope that these creative forms of protests will act as a communicative medium to the repressive government of Zimbabwe. We want to see a “STOP” to the abductions, torture and government induced poverty.